Several blocks of Trenton Street and West Main Avenue will be closed to vehicle and pedestrian traffic from late January until mid-April. The City of Gastonia and Two Rivers Utilities are closing the streets to install new water and sewer lines under Trenton Street.

The closings shown in yellow on the map below are scheduled to begin at 8 a.m. on Thursday, Jan. 24. The streets are to reopen on Thursday, April 11. Streets show in red on the map are already closed temporarily for FUSE construction. Detours are indicated in green on the map.

The water and sewer work is part of utility upgrades associated with the Franklin Urban Sports and Entertainment project. Construction on the City’s portion of the FUSE project is scheduled to begin later this year. 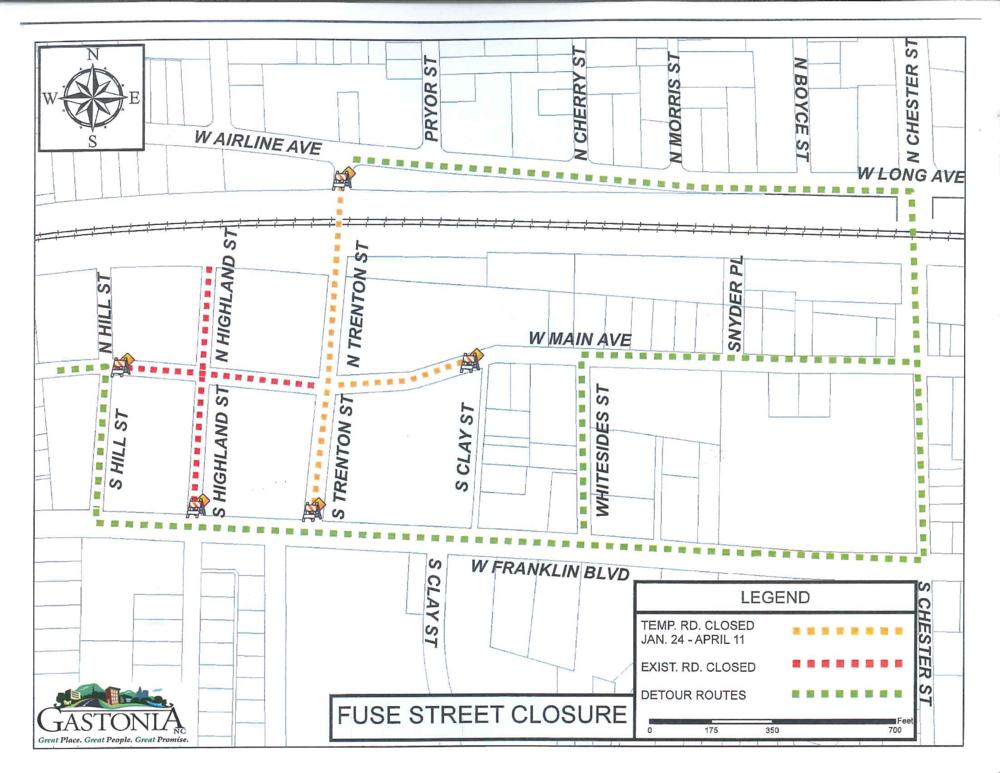