Hill Street has been added to the list of temporarily closed streets near Gastonia’s Franklin Urban Sports and Entertainment district. Electric contractors are now working at the future FUSE site, installing electrical conduits around the perimeter. For a safe work environment, electric crews asked that several streets near the FUSE site remain closed to vehicle and pedestrian traffic for at least a month.

Detours are shown on the map in green. 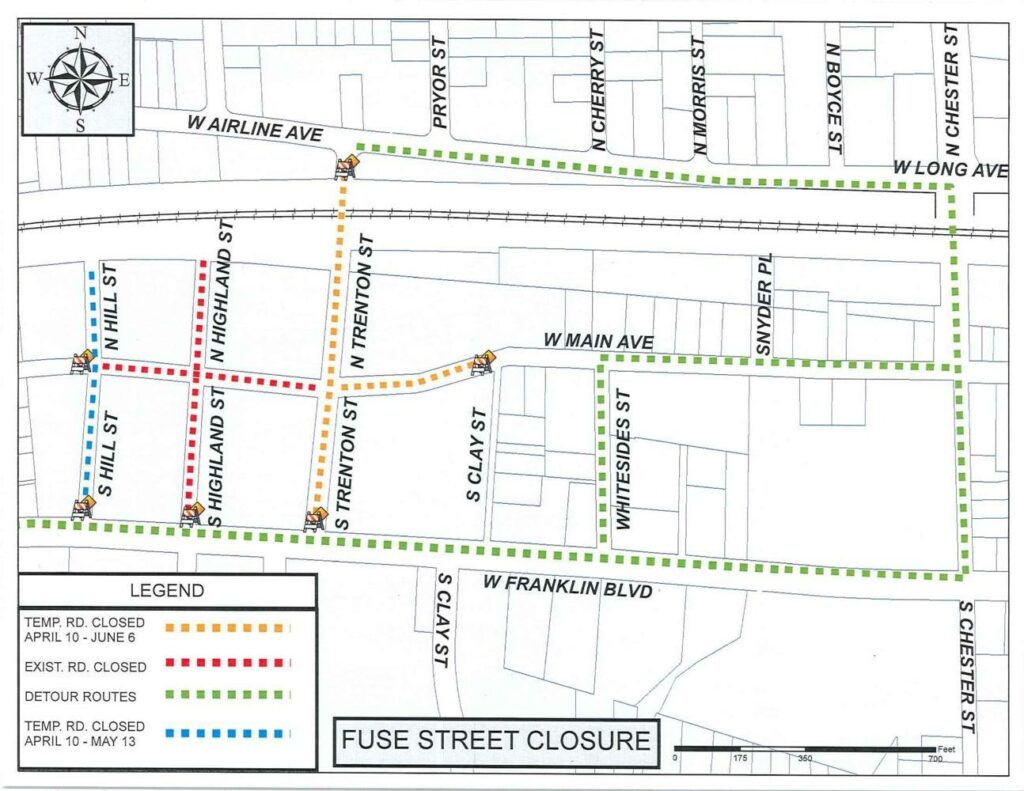 Some streets near the FUSE district were closed in 2018 to allow for the safe demolition of buildings on the property. In January, other streets were temporarily closed for installation of new water and sewer lines under Trenton Street near FUSE. Construction on the City’s portion of the FUSE project is scheduled to begin later this year.

Round Town With Rising: Gastonia | WCCB