Gastonia Transit is implementing a series of route changes to enhance the efficiency and effectiveness of the current service. Most areas currently served by Gastonia Transit will continue to have bus access, although the streets used by the buses will differ in some cases and some route schedules will change. 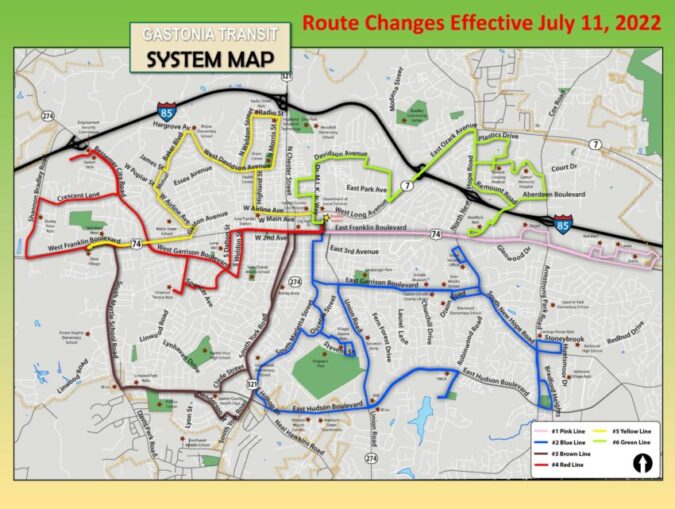 The proposed route and service changes will go into effect on Monday, July 11, 2022. Paper copies of the new route maps and schedules will be available at the Bradley Transit Station on Friday, July 8.

People with questions about Gastonia Transit are asked to call the Bradley Transit Station at 704-866-6855.

City of Gastonia Asks Public for Feedback on Bus Ridership

The City of Gastonia is asking the public for comments on how to improve the City’s transit experience. An online survey is available through July 20 and will allow riders to answer questions about how […]

The City of Gastonia will host a ribbon-cutting ceremony to mark the completion of a new bus transfer station in the FUSE District on Tuesday, April 19 at 4:30 p.m. The event will be held […]