Eastbound traffic on Franklin Boulevard/U.S. 74 near downtown Gastonia is being detoured. An accident Thursday, April 4 is also affecting Broad Street near Franklin, with drivers being advised to avoid that area. 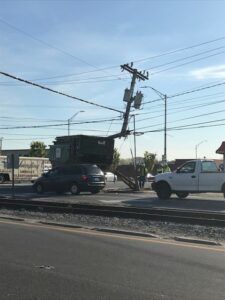 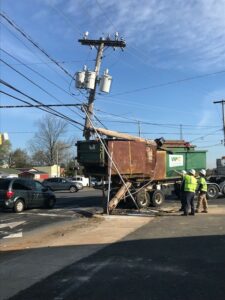 According to Gastonia Police, Public Works and Public Utilities officials, a truck headed north on Broad Street clipped an electric pole just before 8:30 a.m. No one was injured, but repairs to the utility pole and electric lines could take most of today (Thursday). –

Two Gastonia Police Detectives – Adam Wilson and Heather Houser – have been selected for recognition in a prestigious national awards program, and will represent North Carolina when they receive their award in May. Since […]

Registration for CSI Camp is April 8

Youth can learn about crime scene investigations and have some fun in Gastonia Police Department’s 2019 CSI Kids Summer Day Camp, June 17-19, at First Assembly Church. To register, complete the linked forms and bring […]